Sometimes living in WNY has it's downsides... especially this winter on those -30 degree nights when you wish that you were a bear and could just hibernate through the whole stupid season, but as I live here as an adult (on purpose) a lot of things about this area do make me really happy. I'm so glad that were I live community members and businesses are taking a vested interest in the landscape of the city- especially downtown. I'm glad to see life here again... life that I don't really remember from 10 years ago, whether that is changing perspective or changing community atmosphere is really anybody's guess though.

One of my favorite things about WNY are the vibrant community theaters in the area. There are so many groups in the area, not just in Buffalo, and some towns have multiple theater companies that are all supported, attended, and entertaining. I am very lucky to have become a little part of this community since moving back to the area at the end of 2010, I've worked with several different theaters since then and made so many friends who challenge and inspire me in countless ways.

Show season usually runs from September-May with a few little things here and there over the summer. Things really kick into high gear from around the middle of January to April when all of the schools are having their shows as well as the spring shows from the community. I try to see as many shows as possible in this time to support my friends, and the theaters I have worked with before...This year was particularly challenging for me as I had bronchitis for a solid two months but I did manage to get out to see quite a few shows, sadly missing a few more because of sickness or over-scheduling.

During this year's crunch-time I managed to see:


I enjoyed all of the shows, because I'm a sucker for theater, and it really doesn't take a lot to make me happy while I'm in the audience. But being someone who is really incredibly interested in theater, and making forays into directing this upcoming season, I do try to look at things with a critical eye as well in terms of things like production design, sound and lighting, the quality of the acting, vocals etc...

(This time around, I learned that Taryn Darnell is a wonderful person to attend shows with if you want to laugh so hard you cry but be the only two audience members laughing at the time. Haha.)

After some reflection, I would like to talk a little about 3 of the shows that really stood out for me in the past couple months.

"A Lion in Winter" at the Ellicott Creek Playhouse, Niagara Reginal Theater Guild. 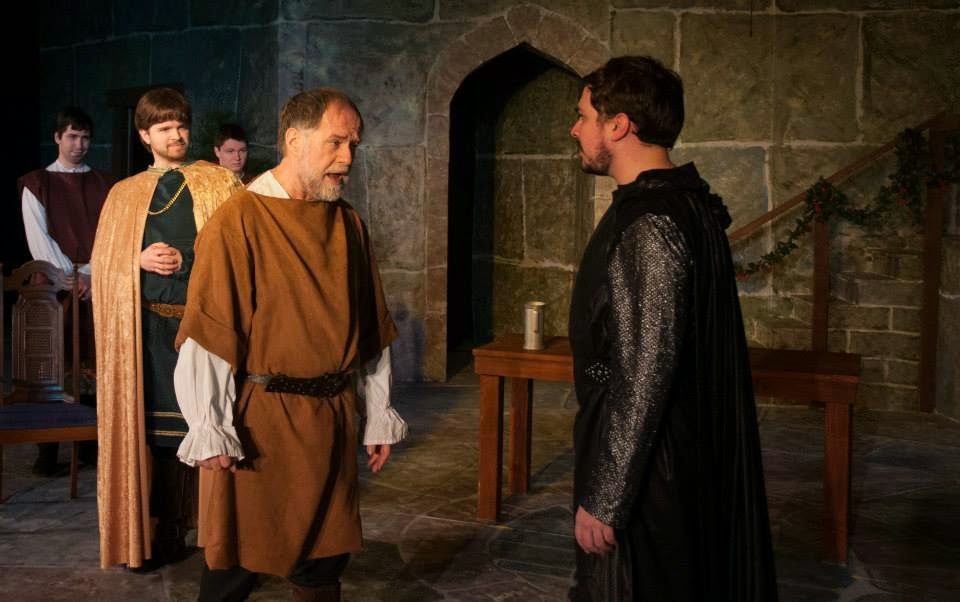 NRTG is a theater company that I have performed with before, and volunteered with for almost every show since 2012...  It's a small-ish theater maxing out at about 175 seats with a large thrust stage. They typically have a fairly aggressive season with about 8 shows, I think, including plays, musicals, and revues.

I had no prior knowledge of this show and basically walked in knowing it was a medieval-y drama. I had a few friends in the cast, Joe, Scott and Andrew, comprising 3 out of 4 of the brothers so I went with the intent to support them. 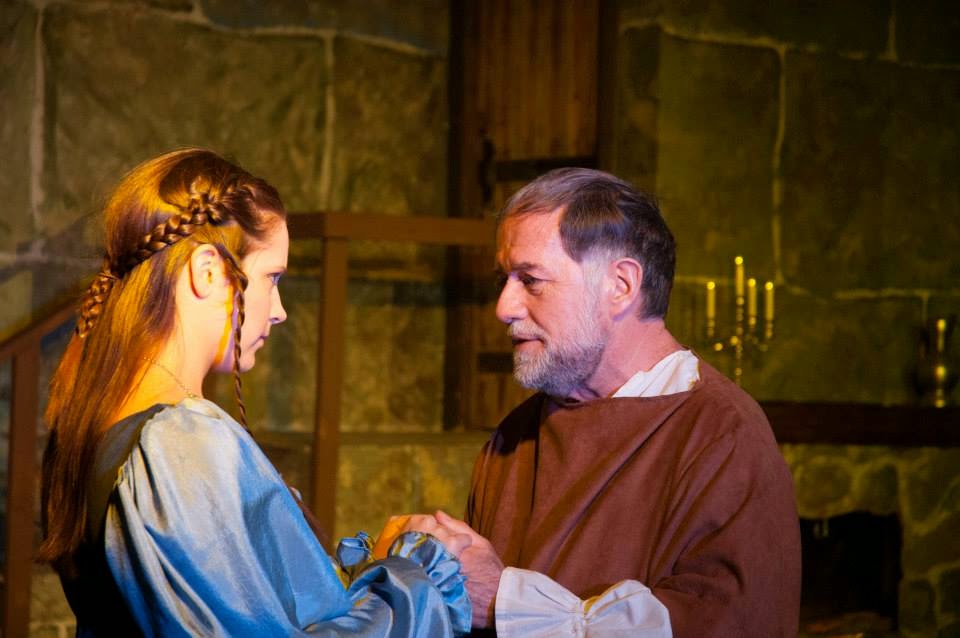 The stage was stark and bare-bones and left me feeling kind of small and cold, which was actually perfect for the show. (Part of the coldness may have been because I was really sick the night I went to this one, sorry for hacking up a lung in the audience, guys)  I always appreciate the lighting at this theater and this was no exception. The cast was small, and the costumes, hair and makeup were simplistic, but worked well. I always appreciate a good "Game of Thrones" inspired braided style, whether or not it's actually time period appropriate, (I have no idea) they are so pretty. 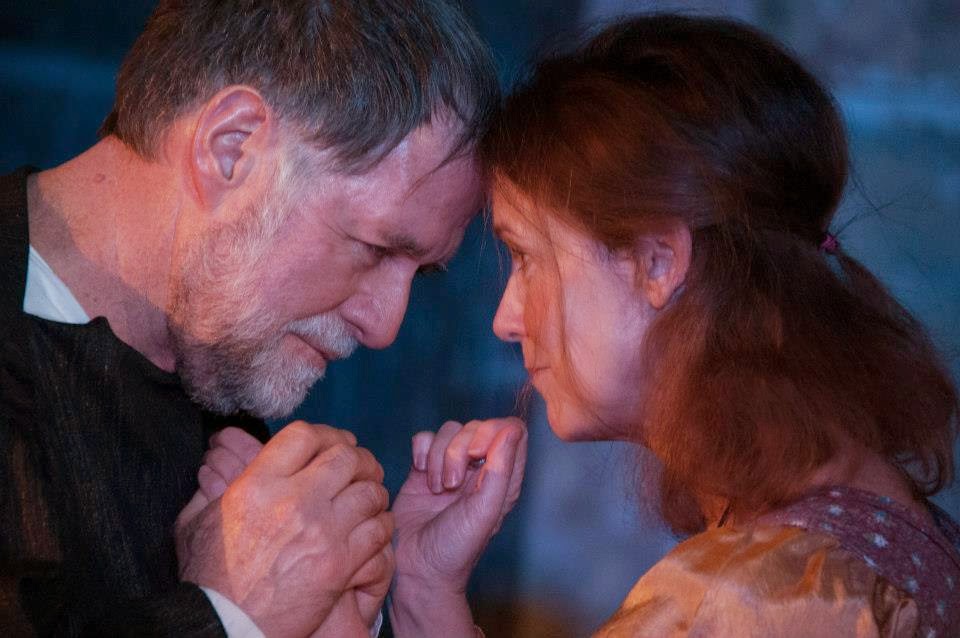 The acting was really top notch. I think that it would have been easy to let the material or text of this one get in the way of the story because there were a ton of lengthy, sort of repetitively-static monologues and scenes with just a handful of people in them. The cast did not let that get in their way, and I was really held by all of the contempt, plotting, lying and selfishness that I saw on that stage with the subtle mists of familial affection and love burning softly around the edges. 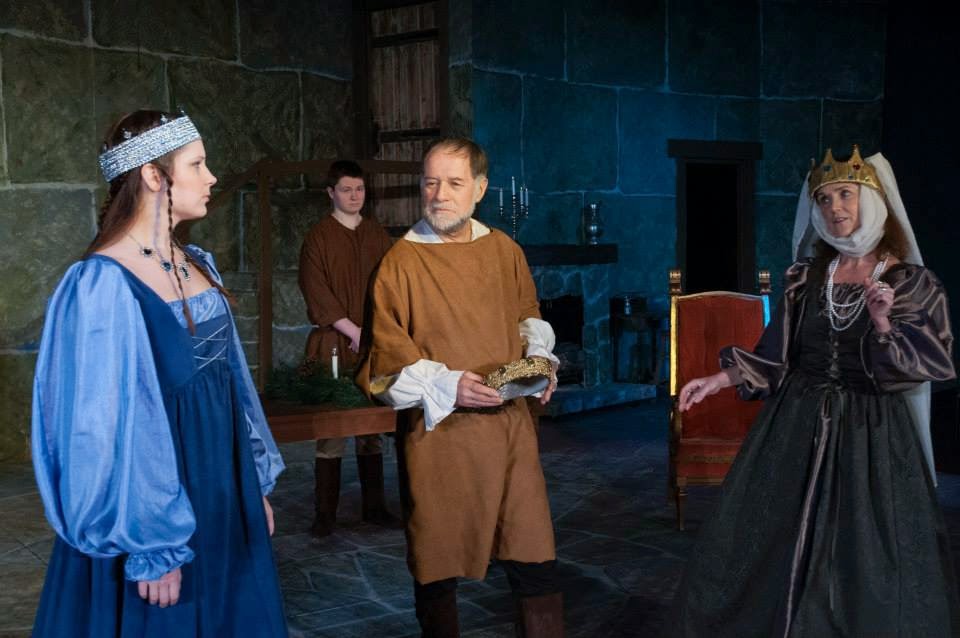 "Shrek" at the Lockport Palace Theater, Curtain Up! Productions 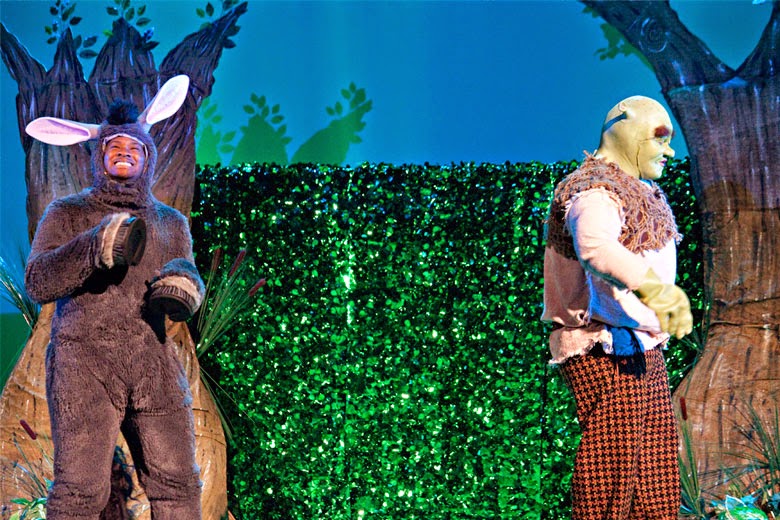 Curtain Up! is another group that I have worked with before, and I can honestly say that I am proud to have them in my backyard. They are right in Lockport and have a huge theater seating about 1,100 people with a traditional, 1920's proscenium stage. They do a nice sized season with about 5-6 shows mostly comprising of musicals, but also include a play in their winter time slot. In the past couple years the Palace has really stepped up their game in terms of production design for their shows. The shows have always been entertaining with typically great vocals and choreography, but recently I've noticed a really steep learning curve with lighting, costumes, sets... the whole 9 yards. 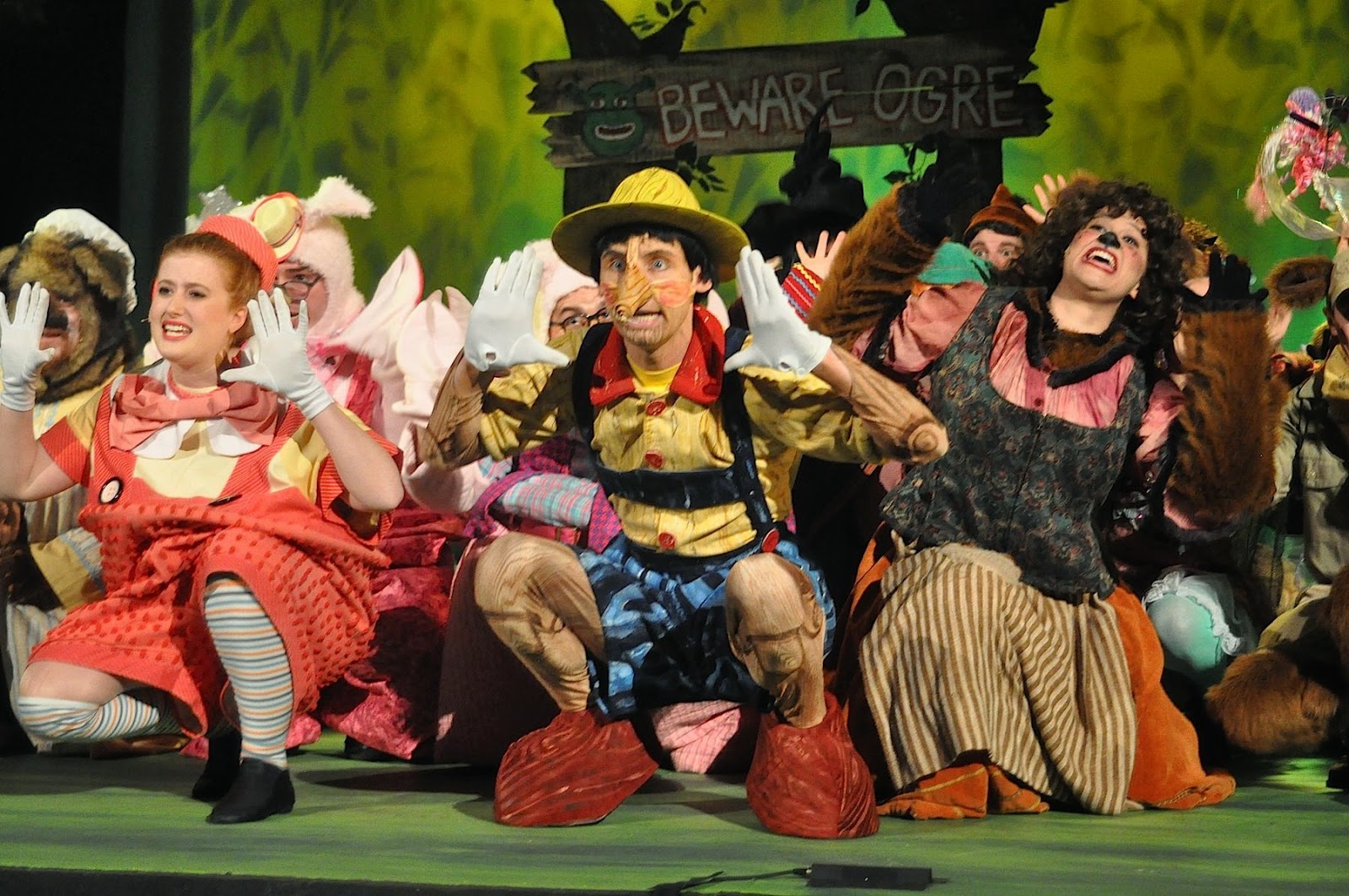 People get really excited about the shows at this theater, and Shrek was not an exception. It was completely sold out the night that I went as well as the following night, and I heard lots of people in the community talking about it. I knew about 1/2 of the cast in this one, so despite my mixed feelings about the musical itself, I felt like it was a good idea to suck it up and at least go watch them... and I'm really glad I did. 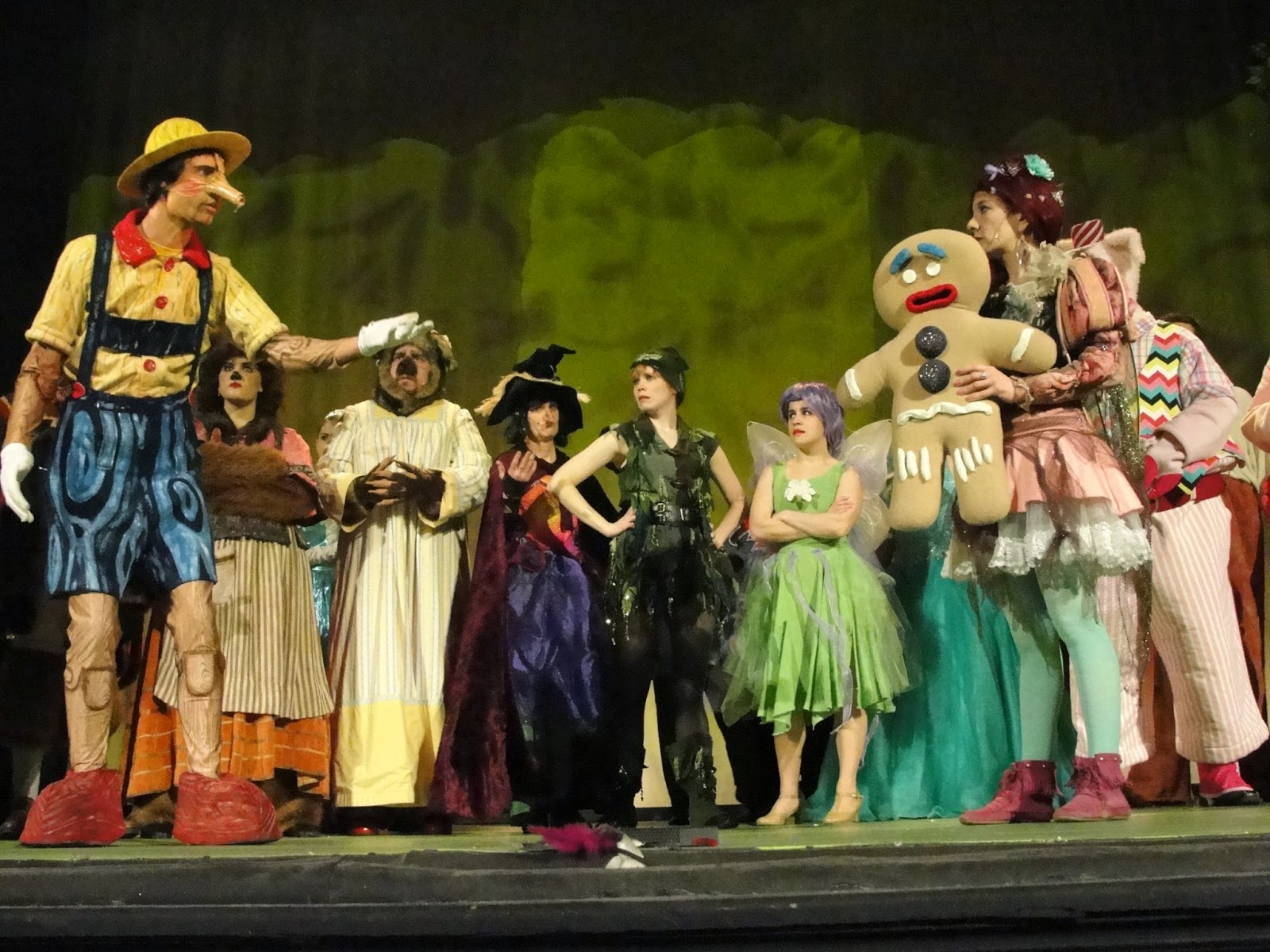 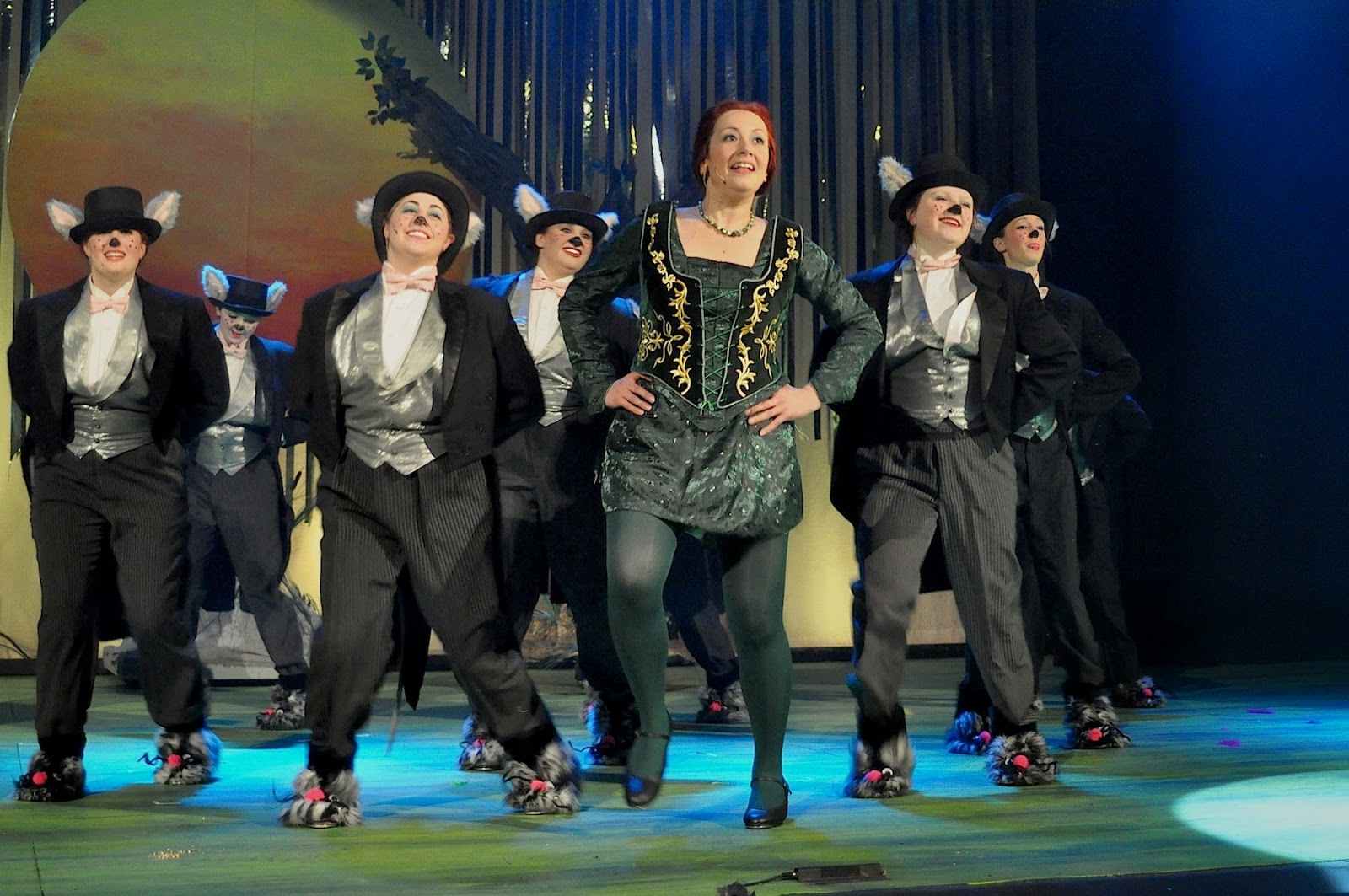 I can say that, overall, this was probably the best show that I have seen at the Palace yet. It looked great, the acting was really solid, I was wildly impressed by the supporting and ensemble characters and everyone looked like they were just having a blast. The audience was having fun.... I can say that with certainty. 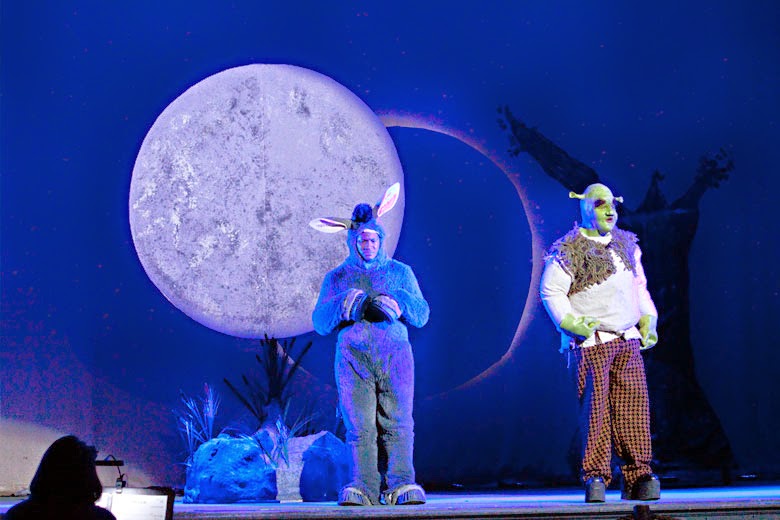 As a side note, I hope that renting all those costumes didn't cost as much as I think it probably did in my head :)

"On Broadway V: Sondheim, Rainbows and Songs" at the Harvester Theater, Batavia Players I have worked with Batavia Players in the past as well and their home is in an itty-bitty, little black box theater in an old renovated factory building complex. The theater seats about 70 people and the stage is a wacky mixture of a thrust stage that almost turns into theater in the round. The Harvester also has a pretty aggressive season with something like 8-10 shows a season including, plays, Shakespeare, revues, musicals and youth theater.

On Broadway is a long-time show that the theater has run for five years now, I think, and it's morphed and changed some, but is essentially a massive musical theater revue with costumes and choreography. This is not the first one I have seen, but the approach has changed a little from the last one I helped with so I was still surprised when I walked in. 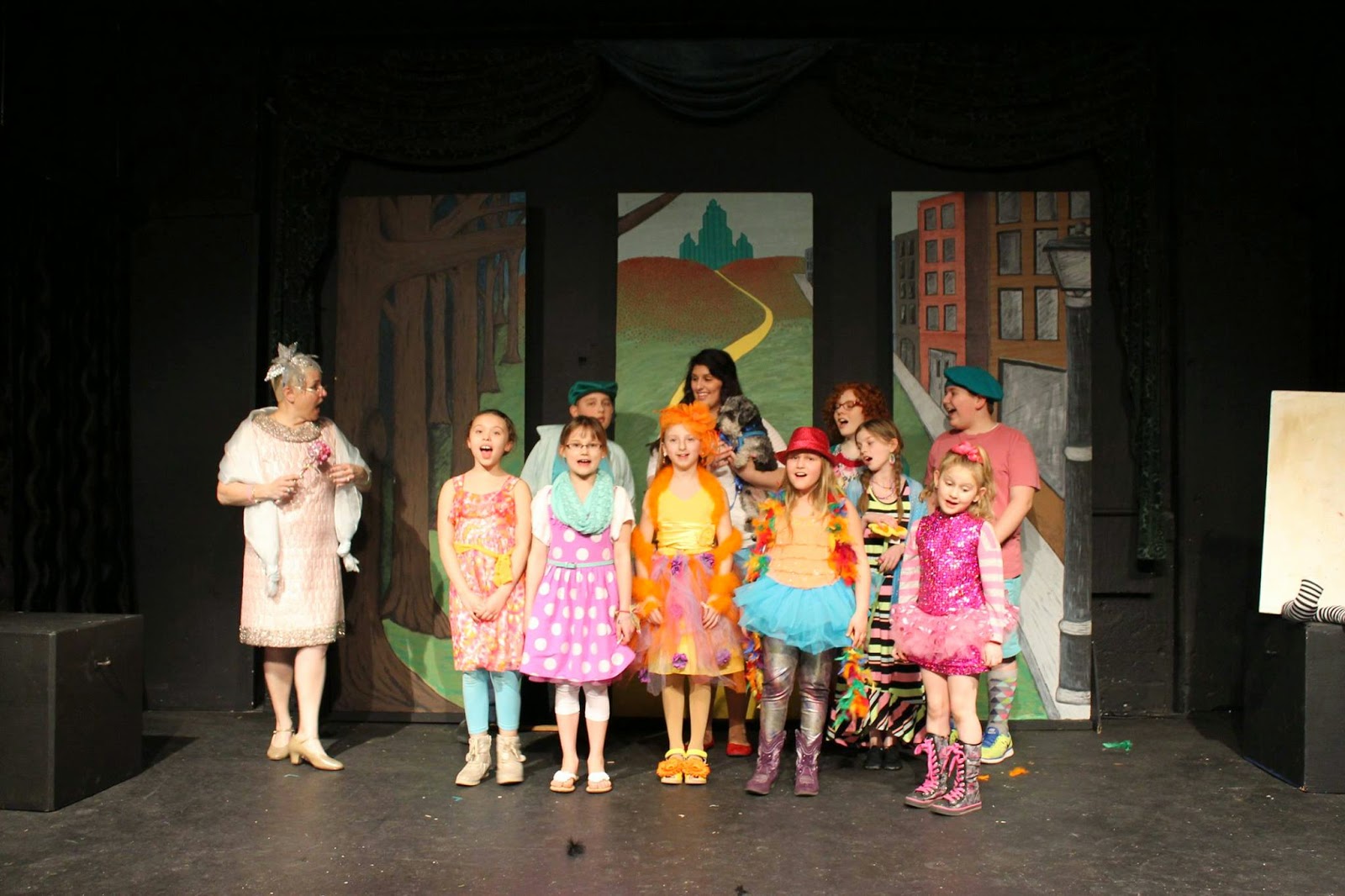 Upon review of the program I was immediately struck with how large the cast was and how much music they were performing. I looked over the set list and I thought, "Oh, God, we are gonna be here for three hours." It turned out that instead of full songs, most of the set list was based off faced paced, incredibly energetic medleys that spanned a single composer's work or took you through highlights of an entire show in about 10 minutes each. 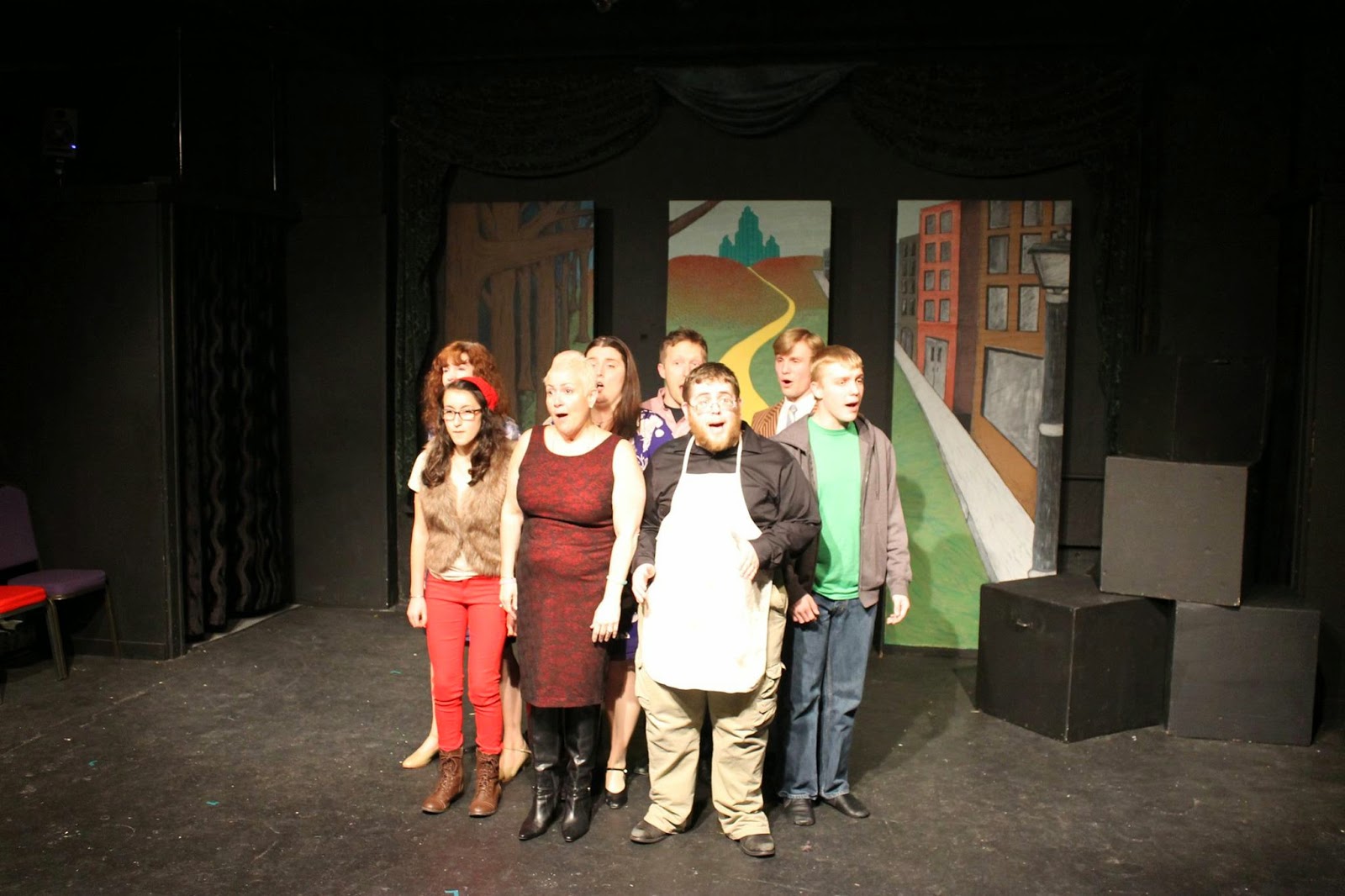 There were selections from Steven Schwartz shows like "Godspell," "Wicked," "Children of Eden," and "Pocahontas." There were also medleys with multiple songs each from "The Wizard of Oz," "Guys and Dolls," "Into the Woods," and "West Side Story." 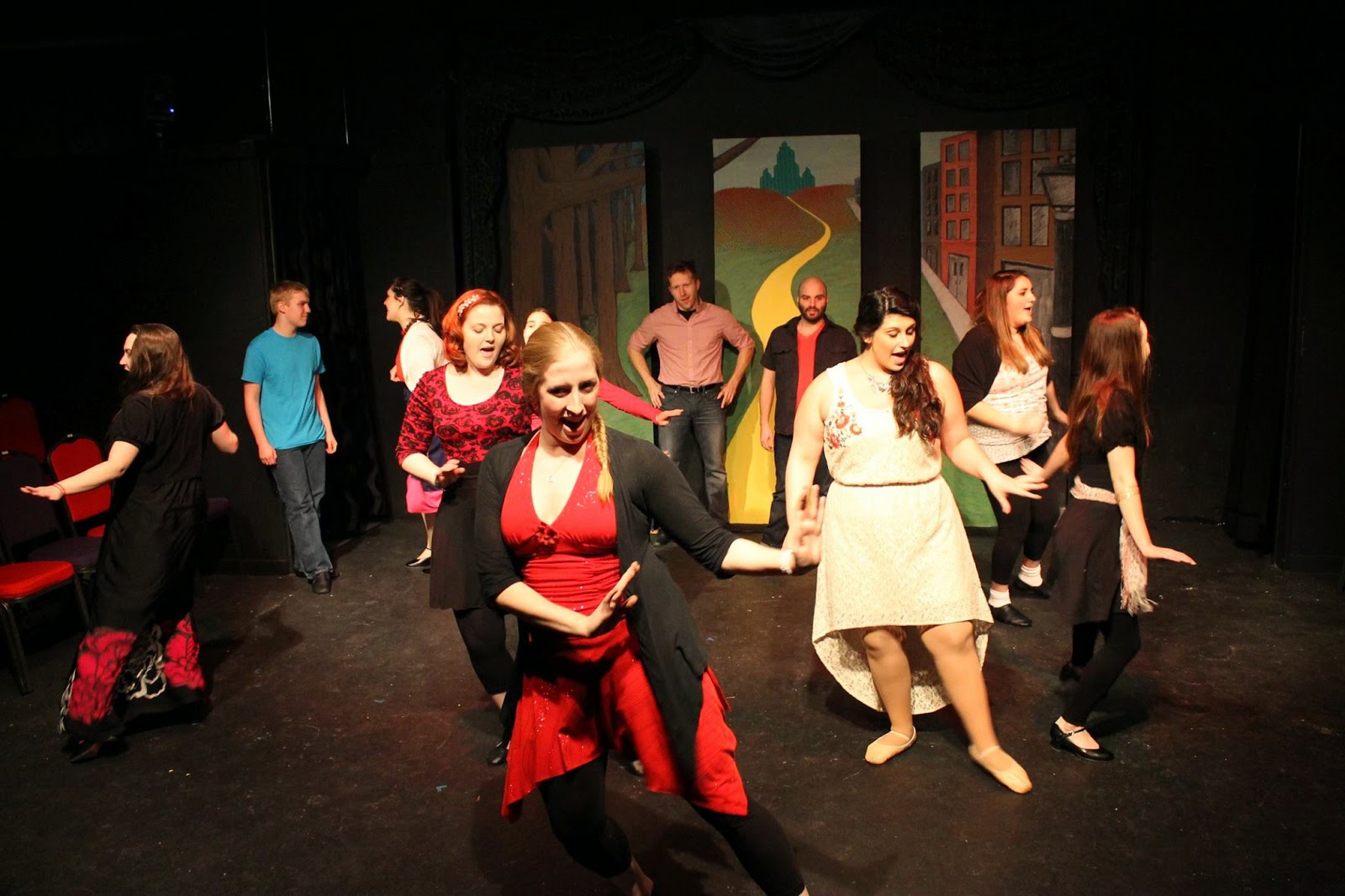 The choreography was great, both the costumes and atmosphere were relaxed and I thought that they did pretty well engaging all three sides of the house, which are separated from each other, and can sometimes make blocking a little awkward. There was a lot of music, really hard music, a lot of choreography, and the show ran at such a clip that I was really impressed by the ensemble for just managing to keep up a few times. I was really impressed with a lot of the vocalists, some of whom I do not ever remember seeing onstage before, and there was a lot of variation of actors from children, to High schoolers, to college kids, to older adults, which was refreshing...Very nice work! 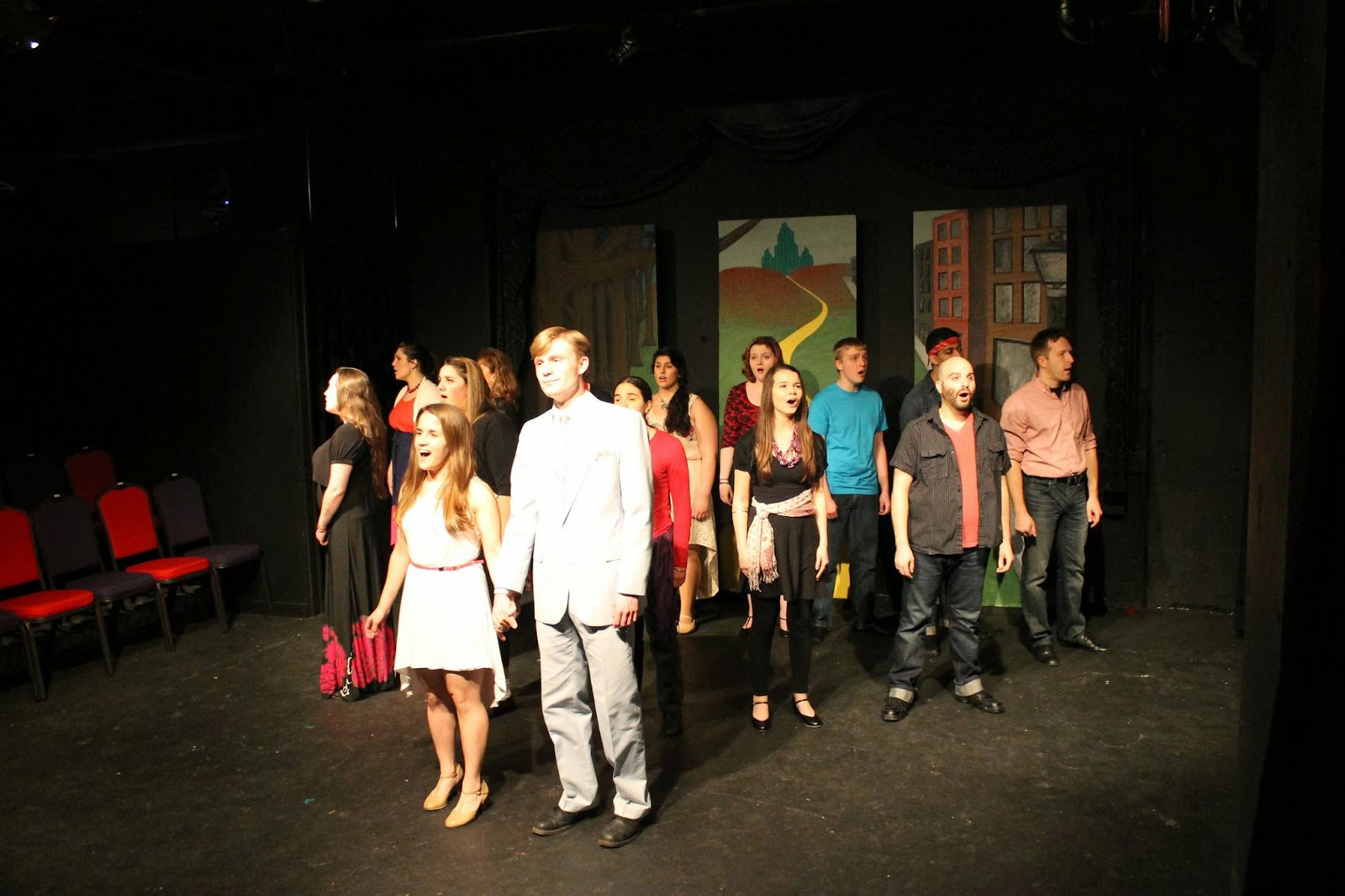